We are thrilled to announce that we are now working in partnership with Kennet Equipment Leasing to be able to offer our customers the opportunity to spread the cost of their new equipment across several, affordable, installments!

With 2 - 5 year lease options available you are able to manage your budget across a term that suits you and make sure you get the specification you want!

We understand that good fitness equipment comes at a cost and we want everyone to be able to have safe, quality kit without overstretching their budgets in one hit.

Contact us today and we can advise you on your monthly repayments based on the amount you wish to spend and a term that suits you! 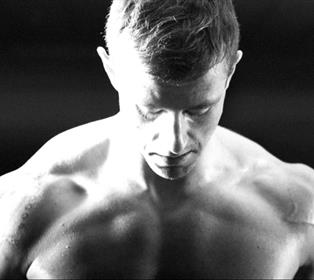 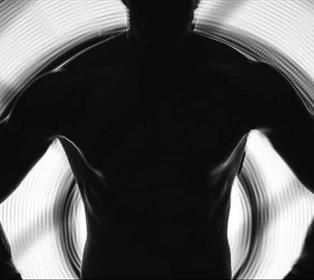 Check out the video of when Chris & Jim did the epic drive to Castre Rugby to install their Shuttle Leg Press and strength equipment. 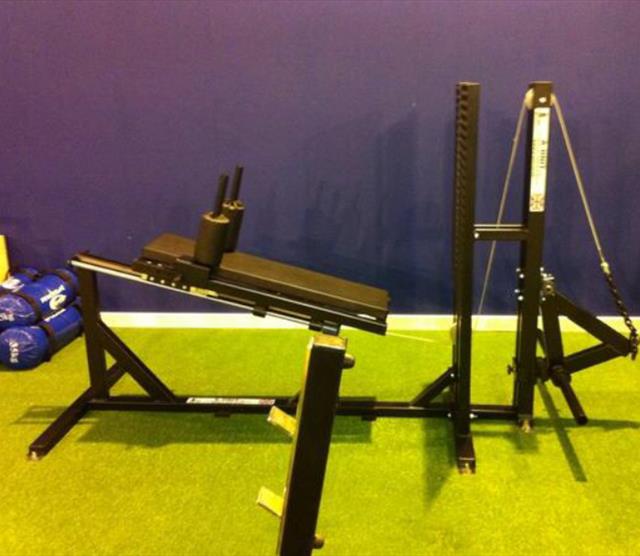 You may have seen our many posts throughout the season supporting our clients Leicester City and bigging up their victories....I'm afraid there are more to come!!

Although continually referred to in the press as the 'Cinderella Story' of football, there is nothing 'fairy-tale' about their training! BBC Sport did a fantastic report yesterday about the science behind their success and, when you consider all the work they have put in and innovative solutions to physio and strength training, the trophy was theirs for the taking!

"Striker Jamie Vardy, who has recorded the fastest speed in the Premier League this season - 35.44 km/h - and can perform up to 500m of sprints in every game, is a prime example.

First they must build hamstring strength, which they do using a custom-built leg press on which they can lift 350-500kg."

The leg press they are referring to is the A-Unit EXP Leg Press of course!

We developed this machine alongside Leicester's Strength & Conditioning team in order to maximise on the players explosive speed whilst minimising the risk of injury. With a non-slip, large footplate the EXP is fully adjustable from fully compromised to triple extension.

Alongside the EXP, Leicester City also train with our Shuttle Leg Press and Lever Belt Squat. All designed to strengthen those leg muscles for maximum speed and power!

A great way of achieving consistent overload of the lower limb without the risks associated with high threshold weightlifting. The kinetic design allows for constant intensity of load throughout both hip and knee extension, whilst the pin weighting system ensures precise and progressive overload is achieved each session. The sled angled design also limits the potential for lumbar extension making this leg press the safest we have ever used.

The Lever Belt Squat enables the players to up the load without the fear of adverse spinal loading keeping in with the teams impressive statistics when it comes to injury rates!

We are extremely proud to have played a part in supplying LCFC with the tools to build this legacy and can't wait to contribute to the Vardy Party next season!

Well played Leicester, you deserve this! 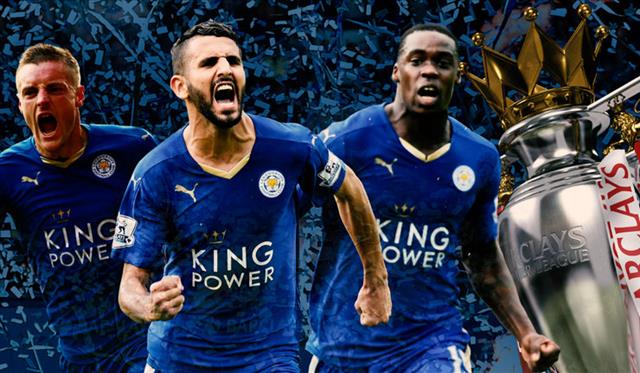 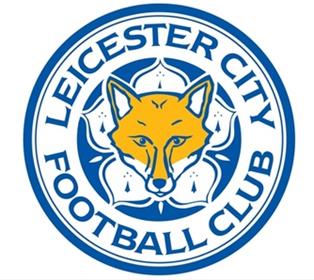 When we first began our A-Unit journey we were predominantly working alongside pro Rugby teams. Forging close relationships with leading Strength & Conditioning Coaches we were able to develop our products to gain the most out of their players and enhance our understanding of what pro-athletes need to be at the top of their game.

As our company has grown so has the awareness of the importance of Strength Training. In particular, within football;

One of the biggest misconceptions regarding the physical requirements for football is that it is a purely an aerobic sport. This is an outright fallacy, as although aerobic in duration (90 minutes on field activity will see to that), it is anaerobic in intensity. According to a 2002 study by Jan Hoff at the Norwegian University of Science & Technology a player operates at over 90% of their maximal heart rate whilst engaged in close quarter ball control exercise (such as dribbling) or 5 aside. This tells us that what at first may seem like an aerobic, endurance oriented discipline is in fact anaerobic in nature, and therefore requires a (strength) training protocol far different from the traditional “jog 5 times around the pitch” method.

During a match, footballers tend to run in short, hard bursts and then jog or even walk back into position. This is especially true for strikers and defenders, where positioning and reacting are of paramount importance. Training must be structured in such a way to emphasis anaerobic conditioning so that rapid recovery from short sprints is at its optimal level.

This isn’t meant to downplay the importance of aerobic fitness, but it is meant to highlight the essential requirement that differently positioned players, and even teams with differing playing styles, need to factor varying degrees of aerobic and anaerobic conditioning into their training. A midfielder will certainly need to stress the aerobic more than his defensive counterpart.

Furthermore, when designing a football specific resistance training programme great care must be taken to not overplay the aerobic work as it has been proven that an excess of aerobic fitness can actually restrict on the field performance. This is because high levels of aerobic fitness have no impact on the high intensity activities required on the football field. By stressing the endurance component of conditioning, coaches limit the ability of players to develop the strength and power used to kick, sprint, jump and tackle. The type II b muscle fibers used in such activities are only developed by focused strength and power training, endurance work can actually be counterproductive.

It is also worthwhile noting that every footballer is best served by being able to jump as high as possible in order to head the ball. Countless studies have shown us that the more aerobically fit the athlete, the more their vertical jump will decrease! In simple terms the vertical jump is inversely correlated with increases in V02 max. This is because the body’s ability to generate power is limited by excessive aerobic conditioning. And how do footballers best generate power? By strength training of course!

With increased explosive strength comes the ability to better overcome inertia. That makes you sprint quicker, and the ability to be a quick sprinter can often be the difference between making the starting 11 and never even getting to the reserves bench.

Take Leicester City, they have invested in their training and coaching staff and incorporated strength training into their regime and are dominating the pitch! 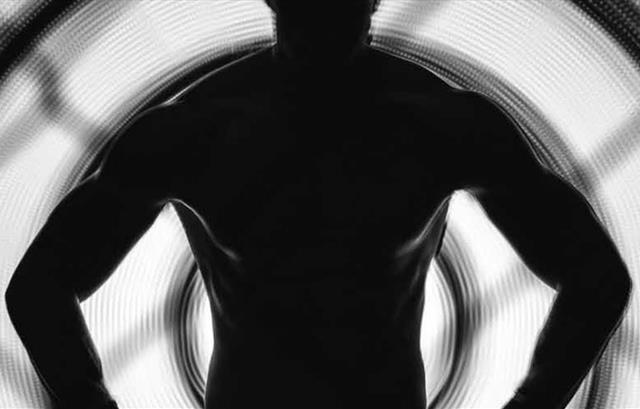 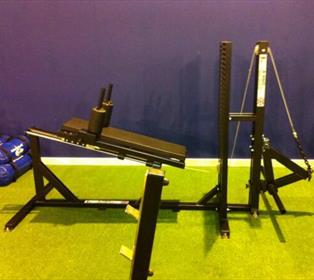 Working out doesn't only have to take place in the gym, you can get an equally effective workout done in the comfort of your own home and the best way to develop your biceps and triceps is the use of resistance training with weights.

Away from the complicated rack of weights, dumbbells are easier to use. Dumbbells have two basic types. These are the fixed- and adjustable-weight dumbbells.

Fixed-weight dumbbells are the typical compact dumbbells that have a single weight. This type of dumbbell enables the person to do other exercises while lifting weights.

A full rack of dumbbells with varying weights of course requires more space in your house and, in a lot of cases, more money to spend! A full compliment of weights would be ideal as the body has its conditioning level, and an inexperienced resistance gym-goer needs to build their level of resistance as their fitness and strength improves. As time goes on, the strength and the capacity of the person to lift weights increases; thus, this requires the person to lift a heavier dumbbell.

On the other hand, adjustable-weight dumbbells are dumbbells in which the weight can be adjusted. This saves money and space, but sometimes, they are difficult to adjust and larger in size, and loosen quickly.

PowerBlocks are adjustable dumbbells which are smaller, easy to adjust, and safe to use. The weight of PowerBlocks can be adjusted to up to 40kg on a single block!

PowerBlocks are square-shaped with the weight being concentrated near the grip of your hand. This entails better balance and control for the user. Also, its shape helps the user to easily adjust the weight of the dumbbell on the floor, without the dumbbell rolling away.

Powerblocks have an improved compact design so that the weights added are secured and have no loose parts which may cause accidents. They are incredibly easy to adjust and the user can quickly determine the number of plates on the blocks.

PowerBlocks are made from steel or urethane meaning you get longevity at a cost effective price! 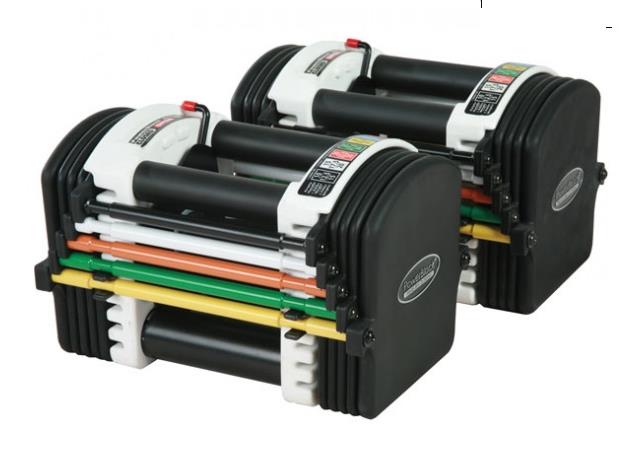 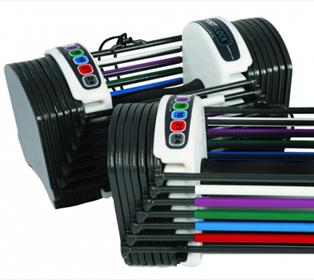 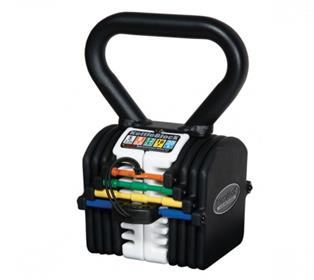 When Calum Best started his new fitness brand Best Life Supps http://www.bestlifesupps.com/ and chose to demo his brand at The Body Expo 2015 we were thrilled that he chose our A-Unit benches to 'Best' showcase his athletes and products.

Alongside his mother Angie's gym in Henley London we are proud to be part of their elite facilities. 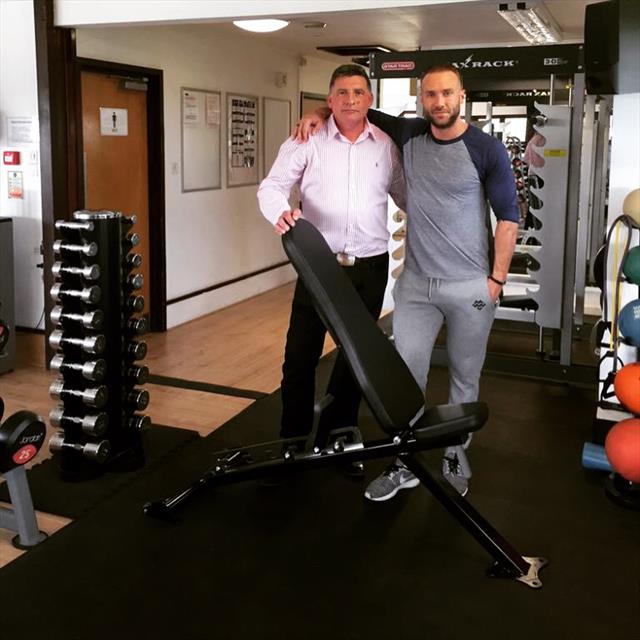 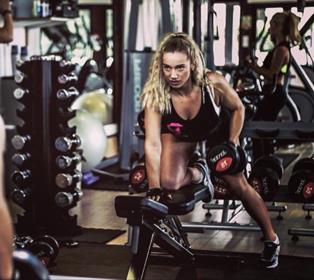 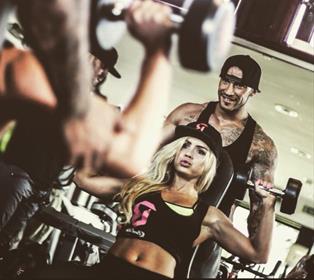 In May 2015 we started working with Pete at Edwards Performance in Nottingham to create an elite training facility that not only looked good but had the quality equipment so athletes could train hard and safe!

Our aim was to help Pete create his vision including everything from our wet pour flooring with integrated solid oak platforms to bespoke leg press machines and power racks.

Check out EP's website and testimonials and see the results for yourself! https://www.edwardsperformance.co.uk/ 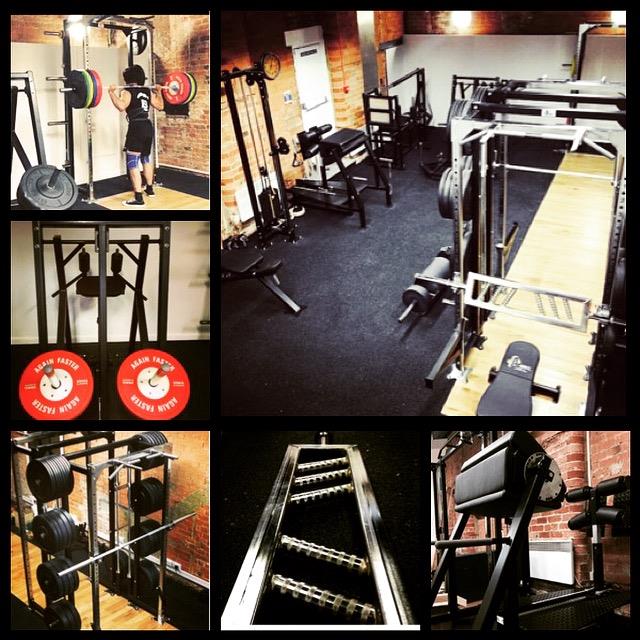 Here at A-Unit we are really proud of the work we have done with Jack Lovett at his Spartan Performance Gym in the North East.

Spartan Performance is a custom designed performance enhancement facility, specialising in results based strength training. The gym is operated by a dedicated team of professionals whose aim is to enhance the function, health and performance of all their clients.

As the proud owners of the largest A-Track in the UK as well as many other specialist A-Unit products, they have the perfect facilities for their MMA, Strong Man and Rugby athletes.

Check out Jack's website to see some of their impressive client testimonials: https://spartanperformance.co.uk/ 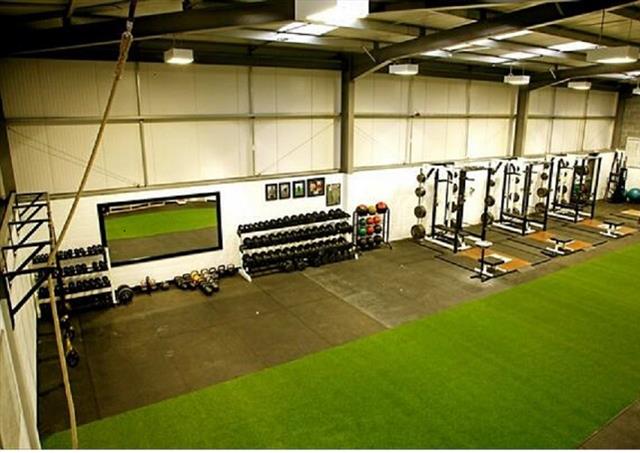 Rampage gets the Tigers Stamp of Approval

A-Unit Ltd are proud to announce a new product to boost your leg drive and power! The Rampage!!

Use the shoulder pads to hit hard and accelerate up the incline!

Here is what Leicester Tigers' Conditioning Coach, Ed Gannon, had to say about their new Rampage:

"The Rampage is a unique piece of equipment specifically designed to develop leg drive power required during contact situations. From a physical perspective it allows our players to co-ordinate and synchronise dynamic force production in a specific manner against external resistances they may encounter on match day. Psychologically, the players really respond to an exercise they see has transfer to rugby performance. Subsequently, the rampage has become a key exercise for stimulating the development and maintenance of dynamic performance in our players".